Developing on Unreal and Marmalade

Other than Unity, the biggest hitter out there, or perhaps even more so for certain types of games, is unreal engine four. It’s a very sophisticated game engine. Plus you get access to the C++ source code and you can develop full 3-D just like Unity. You don’t pay until you make $3000 each quarter. At that point, 5% of the royalties of the game go to Epic, who created the engine. Unreal can also organize single payments that don’t rely on royalties. Contact them directly in order to this. The community for Unreal is just as active as that for Unity, and there’s plenty of videos and Github pages online. There’s enough documentation that you should be able to teach yourself how to start using it.

It’s great that they give you access to the C++ source code, as well as providing a very good UI in order to use the engine itself. They also offer blueprinting, which is visual scripting that doesn’t rely so much on code. It allows you to visualize your scripts in a way that traditional coding might not allow you to do. Visual Studio has nothing on the visual scripting ability that’s built into Unreal engine four.

Some of the great games and come out for unreal engine four are Shadowgun, Epic Citadel, and Wild Blood. It’s great that developers can put out these great games without having to pay any money up front. Unreal just takes a percentage from each game sale. All in all Unreal engine four is highly recommended. 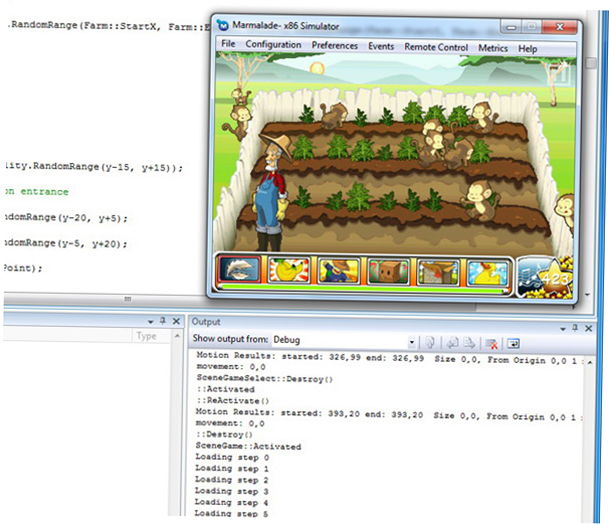 Marmalade is actually not available anymore, technically. You can still get access to its SDK, but their focus is now on making their own games. It was the quickest cross-platform engine to use for game development. The apps ran extremely fast because of its low level language. It was a write once-run anywhere type of deal. If you can still get access to marmalade, be aware that the visual scripting element is nonexistent and it does feature a lot of coding that will be hard to use if you’re just starting out.

One of the great things about this game engine was that you didn’t actually need to buy a Mac in order to compile code for iOS. The performance was extremely good, and the low-level language made it really easy to create games.

As an example for the market potential of games made using this game engine, look no further than Plants versus Zombies, or Bejeweled. It’s hard to believe that the developers of these games only had to pay $600 one time to Marmalade in order to develop. They probably made that money back by now, I’m guessing (joke).

The next big game making tool fits into our mid-level category.

I know what you’re thinking, there’s a lot of different options and we’ve gone through most of the big ones here today. Can’t wait to make a game and make your own indie game studio, but be careful because you want to start with the right tools. That’s not to say that if you start with the wrong one, then your life is over. You might learn some good coding skills along the way. Just pick the one that fits your project’s scope, do some storyboarding and do some real thinking about how you want the game to play and what platforms you want a game to run on. You can always expand to other platforms and it’s good to focus on a single one first, with the option to expand later. Have fun making an indie game  and whatever you do, never give up.