If you ever play pub G 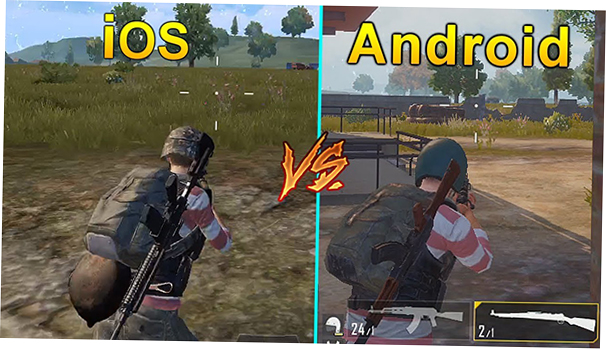 If you ever play Pub G on PC then you know that the same principles exist on the mobile game as they do on your home computer. It doesn’t matter if you’re buying a desktop or on your cell phone, these are all things that are equally important on either one.

The first thing to remember is it doesn’t matter how many people you kill. The one thing that matters is that you survive until the end of the match. I’ve won matches where I haven’t even killed anyone, letting the blue circle get them instead of having to even shoot at them myself. The trick was just not even giving my position away at all and just let them die. I know that’s not the most exciting way to win, but that is the plan after all; winning.

A lot of matches that you might end up playing you might make it to the top 10 people in the match, even if you don’t win, and  might only kill one person. That’s something that happens more often than not it and it helps your ranking!

The best place to land is a place where no one else is going to land with you. You don’t wanna land near the flight path of the airplane. You never know what kind of weapons you might find, and I know that there are places on the map that tend to have better weapons, but in the long run if you want to survive it’s always better to land in a place where no one else lands.

Solid advice is playing with an AR. Using in an  AKM is probably the easiest way to get through the game. Matches are a lot easier with in either an AKM or an M series gun like an M416.

If you want to rank up, and if it’s your man prerogative to just improve your ranking, then play on squads first. It’s a lot better if you have someone on your team that you actually know as well.

Using voice chat in combination with squads is really, really useful. You can communicate with your team and strategize as to how to pick people off. This is actually one of the things that sets good teams apart from bad teams more than anything else.

On mobile, I think that the graphics adjust to your phone. So whatever the specs of your phone are, weather has two or three gig gigabytes of RAM, the game will actually adjust to run on your phone. Even though you might have low specs on your phone, the gun the game can usually run on low settings. I had very little lag with this game even on devices that are actually kind of old (most of my crap).

The controls are surprisingly good. It’s amazing that the gyroscope control and everything that goes into using both sides of the screen to control your character actually works out well. You can even can change the control positions if you want.

Obviously, even though the controls are very good don’t expect the same level of precision that you would get on a PC. 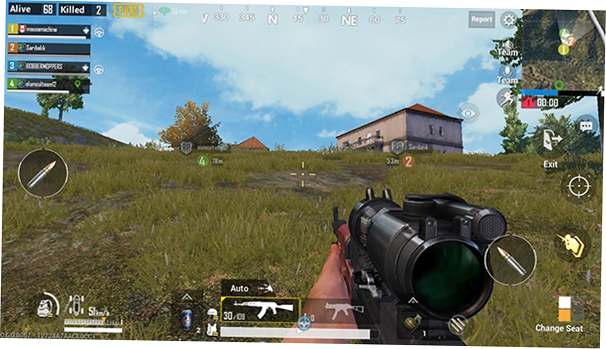 While you’re playing the mobile version of this game you might be surprised how easy it is to get first or the top 10 people. A lot of people are all over the Internet claiming that they become pub G GAWDS because they are now able to get first place and when that chicken dinner every single time. But you have to understand, is that this game was developed by TENCENT in addition to blue hole. And what they did is, ya see, in order to encourage people to play and get them hooked on the game they added bots into the game that are actually pretty easy to kill. That’s why not everybody that you come across is going to be a human being, or very difficult to take down. As time goes on in your ranking improves; I think that they put you in more matches with actual live people.

This game can be really addictive so be aware of that before you install it on your phone. It’s also anywhere between 1.5 to 2 GB. Believe it or not, that’s actually pretty smart for a game like this and it’s amazing that they shrunk it to that size. They lost almost nothing in the process of converting this game from a PC game that’s gigantic and over optimized, to a cell phone game that you can play smoothly and basically any device within the last five years. Grab some friends and check it out.