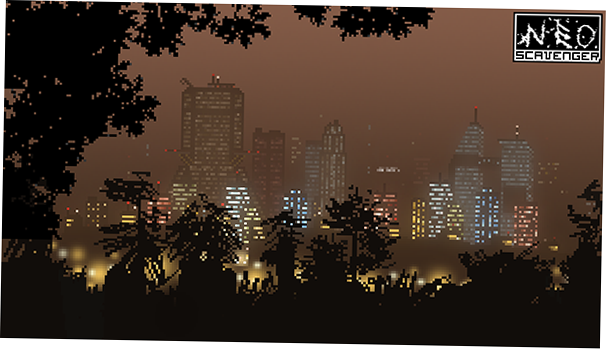 If you ever played a rogue-like game then you know that death is always right behind you.

Neo Scavenger is a textbook example of this. This game has more ways to die than you’ve ever seen before. Even from things like bleeding out for not treating a wound, you will find all kinds of surprises in this game.

Some people might complain because this game has a steep learning curve. The controls can also be frustrating at times. But if you’re willing to make the effort, you will be absorbed by its atmosphere, its challenges, and the deep gameplay behind this game.

When you first start the game it doesn’t waste any time. It drops to write into the harsh world that you will have to survive. You are immediately faced with a terrifying threat upon being unfrozen in the beginning of the game and it’s up to you to decide how to deal with it based on your traits. This is a good way to get you used to Neo Scavenger’s game system and RPG traits. You have the choice between hiding, say if you are a stealth type character, or fighting if you are a warrior. You can also hack a door to keep the threat from yourself.

Similar to games like Deus Ex, you can handle different situations in different ways.

Through text and interacting with your environment you can figure out how to get through each situation.

As you leave the building that you ar ein, you need to explore the forest surrounding you. You also have a cyberpunk blade runner type city to explore. There are abandoned apartment buildings in the woods as well. You must explore all of these areas and scavenge as you go. As you travel you’ll have to rest and heal from time to time as well. You may need to hide from threats and cover your tracks as you travel. You’ll have to eat and manage health. 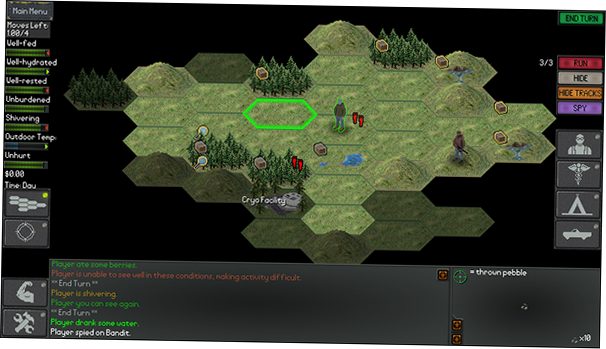 Because this game is really realistic, if you get a cut you better treated. You can get an infection. You can actually get hypothermia if you don’t have a sleeping bag or shelter, as the environment will have an impact on your health and your character.

Also, don’t get your face bashed in by an enemy. That would also result in some negative consequences!

When you first start playing the game, you’ll probably die a few times. It’s a lot like Dark Souls or games like that. We’re talking about a rogue-like game here, so every time you die you have to learn a hard lesson that teaches you how to play the game better.

The combat in the game is just as good as its crafting and survival aspects. These three things combined together to make a really good experience.

Be sure to check out tower defense reviews on Tower Defense Gaming dot com and Fraische Games indie game studio site as well.

If you like strategy, check out Google Play store for some Strategy Games.