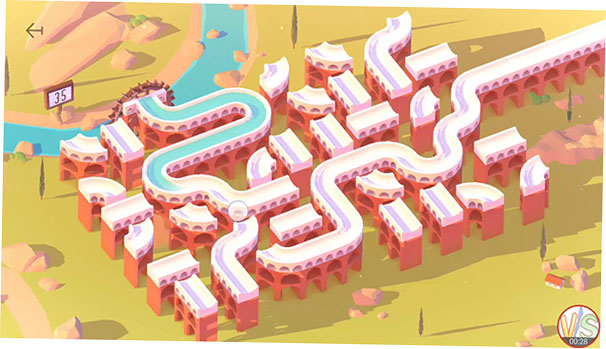 Traits Common in Many Other Mobile Games

When the Keiffer brothers came out with Aqueduct they combined two different ideas together that were common in many other mobile games.

The first idea was the idea of sliding puzzle pieces around. This is been around forever. Then the pipe connecting which is pretty common in the mobile market; games like Pipe Mania. By combining these two things, they created a fairly unique mobile experience that is a lot of fun to play. It’s perfectly suited for iPhone, iPad, Android- all that stuff. There’s tons of good content and it’s pretty brainy. It’ll take a while to actually sit there and figure it all out. You could play for a few minutes or for hours at a time.

The goal is basically to connect your starting valve and the ending drain using pieces of pipe so that’s all you really need to do- you just need to connect your starting valve and then the final piece of pipe to the ending drain. The pipe segments are all predetermined and you can’t rotate them so that is not part of the idea, no Tetris here… Each game is actually laid out in a grid pattern and each piece must be moved and dropped onto a specific square of the grid; you can’t deviate from the grid pattern. 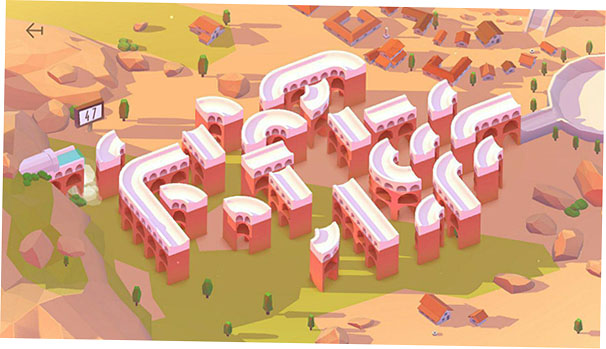 A lot of the time you won’t have any choice for a couple of the squares on the grid.  They will be locked to a certain type of pipe segment, see won’t get to pick what goes there you have to use with the level itself comes with. You can’t move those squares either. There are other elements in the game like conveyor belts. These belts will actually move your pieces around if you don’t block them the right way, there are also  switches as well that will be used open gates that get your pipes through, and there are also movable pieces that can act like bridges to get across gaps, across certain segments.

Altogether, there are over a hundred different levels that are grouped together in five different sets. The tutorial is basically the first set of levels which is 23 levels altogether. You can pretty much just breeze through this- you don’t really need to try that hard, for this beginning part of the game. Really doesn’t start getting hard until after this first set of tutorial levels. A lot of the time the solution is not evident until later on.

If you like aqueduct you might also want to check out a mobile game called Morphite.  It’s a great FPS that runs even on old android devices.  Another good game that runs great on both new and old mobile devices is Jamata Defense. Check those two out if you are looking for either a good FPS or Tower Defense for mobile.  Free TD games are everywhere on the app store.